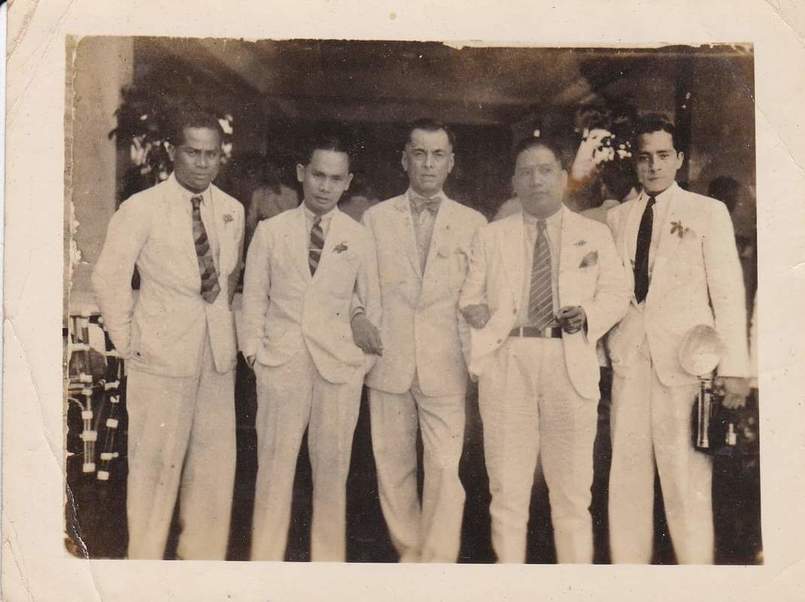 He was a Filipino poet,short story writer and novelist. Three of his novels have been published by Ateneo de Manila Press - Piling Nobela: Lakandula, Halimuyak, Ang Bungo (1997). Three novels that present the causes of the people’s misery. Written by the notable multi-awarded fictionist during the American Occupation.

Soledad S. Reyes of Ateneo de Manila University wrote: "The interconnectedness between the past and the present was a theme familiar to many Filipino writers who, in a variety of ways, argued the need to remember the past. Francisco Laksamana, Faustino Aguilar, Lazaro Francisco, Alberto Segismundo Cruz, Macario Pineda, and even Fausto Galauran, among others, constructed narratives enjoining the readers not to be dazzled by the present, but to remember the heroic and noble past of their forefathers."

Born in Sta Cruz, Manila, Philippines, he wrote for Bulaklak, Liwayway, Silahis, Kislap, Tagumpay, Aliwan, Balaghari, Ilang-Ilang - the country's leading weekly magazines during his time. He was the Poet Laureate of the Republic of the Philippines in 1947. He won the Commonwealth literary awards in the 1940s and the Rizal Centennial Literary Awards in 1961. His contemporaries were Amado V. Hernandez , Fausto Galauran, Simeon Mercado, Nemesio Caravana and Liwayway Arceo, among others. He was one of the best 50 writers of the Philippines, according to “Limampung Kuwentong Ginto”, a short story writers’ review edited by Pedrito Reyes .

His literary and journalism career:  As a newsman and writer, he was a member of the pre-war TVT Publication (Taliba-La Vanguardia-Tribune). He covered Malacanang, the Philippine Presidential Palace, the Senate and Congress. He contributed countless articles, features, short stories to the newspapers and magazines of his time. He was one of the few prolific writers in both English and Filipino.

​As a lawyer, he was associated with Atty. M. V. Roxas and Sen. Francisco Soc Rodrigo. He was in the Press Relations Division and also the Legal Division of the Office of the President of the Commonwealth from February 10, 1939 till December 31, 1941.

He was corrector of style and professor in Filipino and translation technique at the National Assembly (1942). He was Inspector General of the National Land Settlement Administration from March 24, 1948 to December 31, 1949.

He was appointed Justice of the Peace for Indang-Inopacan, Leyte on August 16, 1951, but did not serve due to his commitments in the country's capital, Manila.

He was special attorney and legislative researcher at the Philippine Senate from March 1, 1951 until he retired from government service in 1961.

Service to the government and country: As the first accredited vernacular newsman in Malacanang, he was the first newspaperman welcomed by President Manuel L. Quezon to write and translate his speeches, addresses and pronouncements into the National Language, making it possible to bring the message of the Chief Executive and make it better understood by the people. To-be-president Diosdado Macapagal was in the same press relations office in Malacanang, at that time.

As lawyer of the Tondo Foreshore Residents' Association, he was instrumental in the preparation of a bill that granted the right to thousands of poor bonafide occupants of the Tondo foreshore area to purchase the lots they had occupied since Liberation on an installment plan basis. He argued for them in the hearings until the bill became
Republic Act 559, benefiting thousands of families in the Tondo foreshore area.

Inspired by the late Claro M. Recto and Jose P. Laurel, he initiated together with Jose Villa Panganiban, who became Director of the Institute of National Language, the project to translate into Filipino all acts and resolutions of the Congress of the Philippines in order that the people may understand better their rights and obligations as citizens. 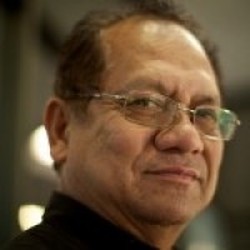 His short stories that appear in the website Tagalog Short Stories and the California-based weekly Asian Journal are read by 15,000 online readers a week, a good number, students in high schools and colleges in the Philippines. While there is no critical analysis and categorization yet as to what genre his stories belong to,  a novelist/poet and colleague, Vic Macapagal, consider "Ang Singsing" as having the style of Guy de Maupassant. Another, "Black Widow", is cast as a Haruki Murakami-style story.

Throughout his sixty or so short stories, readers can see Percival's take on current changes in morality. "Tatay Ko ang Nanay Ko" is about the gender issue. "Housewife For Rent", "Si Kumareng Cougar", and "The Enchantress" are about sex freedom. "Walang Matuwid ang Digmaan" is a commentary on the senselessness of war. And "Ang Kaibigan Alien" and "Nuno sa Punso" are in the sci-fi genre.

"May Bagwis ang Pag-ibig" is an allegory about the controversy in the Philippine/China Sea. Myth and legend-based are the stories: "Marya Makiling", "Ang Diwata ng Ilog-Pasig", and "Ang Tato ni Apo Pule".

Percival's company, Kaibigan Books, provides publishing avenues to Filipino-American writers, as well as, make available online to on shore and overseas Filipinos books written in Tagalog and English. Filipino immigrants and overseas workers get a chance to read books that are educational, cultural and entertaining in nature. Children of overseas Filipinos read the books to acquaint themselves with the language, culture, history and current state of affairs in the Philippines and the world.

Percival Campoamor Cruz was influenced by the diversity of interests among his parentage. He was born to a family of writers, publishers and business entrepreneurs.

Great grandmothers and grandmothers on both sides owned real estate in Tondo and Cebu. Maternal great grandaunt Remedios Lopez was the first woman publisher in the Philippines. She produced illustrious sons Sen. Mariano Cuenco and Archbishop Jose Mariano Cuenco. Contemporary Fil-American fictionist Cecilia Brainard belongs to that side of the family tree. Also on the mother side, aunt Rosa Fojas owned a fleet of calesas and was known as the "Queen of the 'Cocheros'” before the outbreak of World War II. Uncle Raymundo Ocampo owned a fleet of jeepneys in Tondo and easily could have been that era’s "King of Jeepneys".

Father Alberto Segismundo Cruz was a famous short story writer, novelist and poet; and notable multi‐awarded fictionist during the American Occupation. Born in Sta Cruz, Manila, Philippines, he wrote for Bulaklak, Liwayway, Silahis, Kislap, Tagumpay, Aliwan, Balaghari, Ilang‐Ilang ‐ the country's leading weekly magazines during his time. He was the Poet Laureate of the Republic of the Philippines in 1947. He won the Commonwealth literary awards in the 1940s and the Rizal Centennial Literary Awards in 1961. His contemporaries were Amado V. Hernandez , Fausto Galauran, Simeon Mercado, Nemesio Caravana and Liwayway Arceo, among others. He was one of the best 50 writers of the Philippines, according to “Limampung Kuwentong Ginto”, a short story writers’ review edited by Pedrito Reyes .

Percival’s interests were early on divided between the arts and business. At an early age, he became an apprentice to his father’s writing career. He helped his father type manuscripts manually using Underwood and Olivetti typewriters in vogue during those times.

In 1964, his first important literary award came by way of the top prize in the City of Manila-sponsored National Andres Bonifacio Centennial literary contest. Mayor Antonio Villegas awarded him a plaque for writing the best one-act play “Kalupitan ng Nakararami”, a play about the prelude to Philippine liberator Bonifacio’s tragic assassination.

He took up Business Administration in the University of the Philippines and went on to earn a Master’s in Business Administration (MBA). He was in the editorial staff of the Philippine Collegian and The Guilder. He was in the staff of Philippine Collegian editors Oscar Yambao, Tristan Catindig, Manny Yu and Ancheta Tan. He was also in the debating class of Ben Muego, who together with Voltaire Garcia, were the best university debaters in the world at that time.

Those days in college were turbulent. The Vietnam War and Marcos’ dictatorial rule became causes for student protests. U.P. became the bedrock of activism. Percival was one of the first protesters who was beaten up and taken to jail by the police while participating in a demonstration in front of the U.S. Embassy. He was arrested together with Perfecto Jun Tera, now a poet-in-exile in France. No less than then U.P. president Carlos P. Romulo came to the police station to ask for the release of Percival and Perfecto.

Percival founded the nationalist cultural brotherhood Sanduguang Kayumanggi, then under the advisorship of Prof. Tomas Aguirre and Prof. Jose Endriga. Three of his members, Maria Lorena Barros, Valerio Nofuente, and Jose "Pepe" Parong were either killed in battle with Marcos’ soldiers
or died in mysterious circumstances. They are hailed as heroes of the fight against dictatorship.

Fresh from college, he became an apprentice to couple Walter and Annabelle Brown, owners of Vulcan Manufacturing. Then he became an account executive at International Advertising Inc. of Mapalad Lucky Borbon and Gen. Ramon Zosa. He helped service the advertising programs of Radiowealth, reporting to owners Rey and Boy Guevarra, scions of industrialist Domingo M. Guevarra (DMG), and to Vice president Ramon Osmena.

He then moved on to Reach, Inc., the house ad agency of industrialist Ricardo Silverio, Sr., who introduced Toyota in the Philippines. He became vice president of this organization and reported directly to Silverio and Reach, Inc. management team composed of veterans in the ad industry Manuel P. Vasallo, Martin del Rosario, and Vic Villafuerte (also a song writer; he wrote and composed "Kaibigan" and "Balatkayo"). It was during his term as one of the top ad executives of Reach, Inc. and Delta Motor Corp. (Toyota) that the popular Toyota Basketball Team headed by Robert Jaworski was formed. His term also saw the first telecast of “Sesame Street” in the Philippines. Reach, Inc. had as corporate clients, other than Silverio’s group of companies, Al Yuchengco’s Pacific Memorial Plan, Willy Uytengsu’s Alaska Milk, Emerson and Edison Coseteng’s Mariwasa, P.O. Domingo’s Philippine National Bank, and the Dee Brother’s China Bank and Hooven Aluminum.

Sometime during his stint with Reach, Inc. client Hooven Aluminum "borrowed" Percival to be the firm's Marketing Research and Advertising manager. He reported to Herbert Dee, Geronimo delos Reyes, Jr., and Felix Mabanta.

In 1981, Percival incorporated Ibex International, his own ad agency, and directed the advertising and public relations programs of Philippine Charity Sweepstakes Office. He re-introduced the Soap Box Derby in the Philippines and produced some 200 teledramas telecast over the Philippine’s major TV stations Channels 2, 4, 7, 13, under the following TV show titles - "Sa Paghawi ng Tabing" (“Curtain Call”) hosted and directed by Jaime de la Rosa; "Quiapo", hosted and directed by Eddie Rodriguez; "Hiyas" (“Gems”) hosted by Rio Locsin. He also produced a Rizal in Dapitan 2-hour TV special in collaboration with playwright Alberto Florentino. With the National Museum, he produced “AstroQuiz”, a TV science quiz noon show that featured Eddie Mercado as quizmaster. While managing the ad agency, he was a columnist of the Manila Bulletin under business editor Cornelio de Guzman and wrote the column “Business Travel”. He produced and co-hosted "Pusong Pinoy" with Freddie Garcia, a radio talk show over DWIZ. He was an officer of the Quezon City Rotary Club District 3780.

Percival immigrated to the U.S. where he now is an author and publisher. He had published for other authors “The Human in Man” (Feodor Cruz), “Taxation in the Philippines” (Tomas P. Matic, Jr.), "No Time to Hate" (Milton Goodwin), "Flavors of the Philippines" (Anita Sese-Schon), "Yamashita's Trucks of Gold" (Paul Ysmael), "#Travelmemories" (Angelo Santos), "Tilamsik ng Isip" (Augusto de Leon), "Trilohiya" (Vic Macapagal), "The Beauty of Black and White" (Marcial S. Valenzuela/Art Valenzuela).