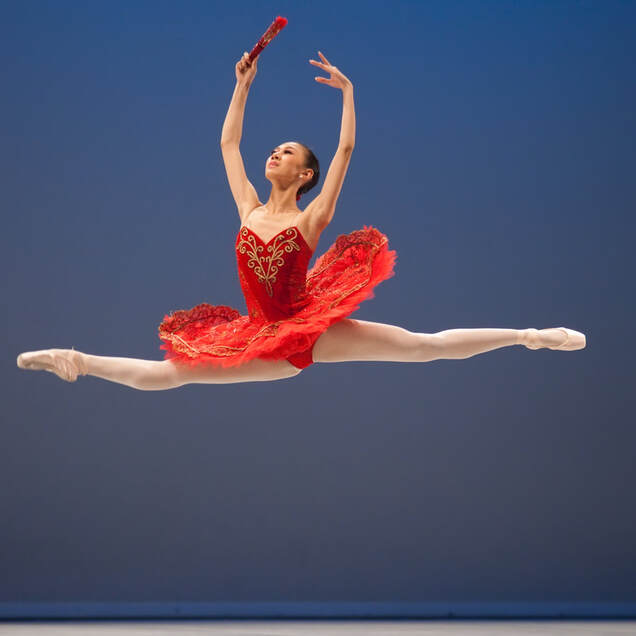 The art of ballet as practiced by Tatiana was the creation of graceful, impressive, awesome forms and movements, the projection of the body, arms, feet and the total person as an object of art interacting with airspace and gravity with the goal of delivering a story and a unique experience to an audience.

According to the yogis, one of human beings’ five life forces was buoyancy or udana vayu. A living person was buoyant and the one who could master this force could levitate.
Tatiana went to study under the tutelage of an Indian guru and tried to learn from him as much knowledge that there was to know about udana vayu.

Tatiana became the talk of the town. Her ballet performances attracted big audiences. She was a theatrical and financial success. A critic once wrote about her performance, “The visual experience, the flights and landings; so theatrical, can’t be described in plain words.” Another one said, “An ordinary mortal, her grace and prowess, are those of an angel.”

A fouette was a “whipped throw” and, one of the most difficult turns in ballet dance. The dancer passed the working leg in front or behind the body while spinning. This dance move was hard to master and took a tremendous amount of determination to keep doing it. To Tatiana the fouette and the other movements - relever (to rise), sauter (to jump), elancer (to dart) – seemed so easy and perfect. But she craved for more perfection.

St. Joseph of Cupertino experienced levitations that were witnessed by his brothers in the Franciscan Order. A witness stated that: “Not only during the sixteen years of the Saint's stay at Grottella, but during his whole life, these ecstasies and flights were so frequent, as attested in the acts of the Process of beatification, that for more than thirty-five years his superiors would not permit him to take part in the exercises in the choir and the refectory or in processions, lest he disturb the community."

St. Joseph of Cupertino was so on fire with the love of God that one could almost always draw him into an ecstatic levitation by simply speaking of the adorable love of God or the Blessed Virgin Mary, or causing him to contemplate a picture of Jesus or Mary.

Tatiana hung a picture of St. Joseph of Cupertino in her room. In her meditative moments she prayed to him that she be granted the power to fly. There was a religious belief that mortals could petition saints through prayers and in some cases, in miraculous ways, the prayers were answered.

In the case of Tatiana, her persistent pleadings did not result to anything. Her prayers remained unanswered. Tatiana became despondent. She cancelled her commitments and stopped dancing. What a loss to the affectionate fans and admirers! Her absence on the stage created a void that nobody could fill up. What a loss to Tatiana’s revenues and sanity. She became reclusive and angry with the world. Her immediate family was financially and psychologically devastated.

One day, her guru was able to see and talk to Tatiana in spite of prior lack of interest and protestations.

The guru began by telling her a story about a tantric master who could make a dead bird fly again. The master collected the sun’s rays into a glass magnifier and focused the light on the dead bird. The bird moved, stood on its feet, and flew. There were witnesses. The dead bird became alive.

The bird flew around for an hour and then fell to the ground and died for the second and final time.

The guru continued. “Tatiana. You’re like the master in the bird story. You have certain powers. Much more than ordinary mortals could possess. But your powers, your knowledge, is limited.

“St. Joseph of Cupertino could only fly when he was in a state of ecstasy. He could not make himself fly at will, it was God that enabled him to fly.

“In your condition, Tatiana, you have the powers, borne out of belief, practice and determination. You can dance, you can float, you can conquer space and gravity. You are awake and aware when you are dancing. You are not in some state of ecstasy. You’re not lost in another world. Yes, you have human powers.

Enlightenment came to Tatiana. She picked up the broken pieces of herself and became one again.

She was seen again pirouetting, jumping, darting, and flying – just like her old self, an extraordinary prima ballerina. 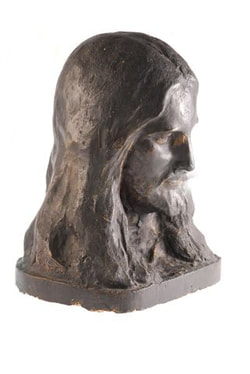 
The gentleman sculptor was a creator. He molded clay and it became the life of an idea. He carved wood and chipped the stone and these ordinary materials become expensive art that the public admired and valued. It was God-given ability bestowed on the chosen, the talent to create and awe, make the ordinary extraordinary.

So many examples around us! Amadeus Mozart was a music wizard beginning at a very tender age. Kings, queens, princes and princesses commissioned him to compose waltzes, sonatas and concert music which melodies reverberate all over the world up to this time.

In painting, Leonardo da Vinci created Mona Lisa, the woman with the mystic smile; the Last Supper, the magnificent, luminescent ceiling frescoes at the Sistine Chapel. Da Vinci has not ceased to amaze! He seemed to be an alien from another world! He painstakingly drew the human body and its organs so accurately and meticulously, under abominable conditions that persist when one deals with dead bodies, to the extent that the drawings served as references to doctors. Da Vinci also became an inventor. He invented the parachute, scissors, and many other things that inspired subsequent inventors to improvise on motors and equipment that make everyday life more sustainable.

​In our culture, Amorsolo captured the sunlight and cast it on the canvass. His paintings of beautiful farm celebrations radiate light on their own.

The chosen artists, creators, their masterpieces, with the exception of all other people, speak not of destiny, but will – the will of God.

The subject of our story is Guillermo Tolentino, a well-accomplished sculptor and Spiritist. At the Spiritist Center, he was affectionately called, Amang, revered Father. He was born in 1890 in Malolos, completed fine arts at the University of the Philippines, traveled to the United States in 1919 and was awarded a scholarship by Bernard Baruch, the American millionaire, at the Beaux School of Art, New York City, entered the Regge Istituto di Belle Arti in Italy in 1922.
In Rome, his first solo exhibition featured the “Roman Salute”. In a sculpture competition, also in Rome, his “Four Horsemen of theApocalypse” won second prize. He returned to the Philippines in 1924, appointed a teacher in the School of Fine Arts, later became a professor, secretary, and eventually, superintendent. He chaired the deanship from 1953 until his retirement as Emeritus Professor in 1955.

Amang became as famous as the magnificent Bonifacio Monument he designed and built in 1930, the eloquent tribute to the leader of the revolution against Spain. He sculpted a good number of human figures around the monument, thus, creating a virtual tableau based on the heroism of the revolutionaries. Amang was a champion of classicism. He was adept at the guitar, a linguist, and a writer. He co-wrote the libretto for the opera, “Noli Me Tangere”, composed by Felipe Padilla de Leon.

Amang's house on Retiro St., on the border of Manila and Quezon City, was a landmark of extraordinary events. There were many eyewitnesses of rare events, such as, Amang’s frequent catchings of seedlings, plants, nests, and tiny papers that fall from the air, from where, no one knew. Amang opened the apports (that was how he called them) and he saw messages within them.

One day, a guest came to his house. He wanted to commission Amang to make a bust of Jesus Christ. Amang said he could not accept the job.

“Why, may I know, is it against your religion?”, the guest asked.

Amang said a second time, “I cannot make the bust.”
“But you are the best sculptor in the Philippines!” the guest exclaimed.

Amang continued, “Certainly I can make a bust and, let us assume that what I have sculpted was a bust of Jesus Christ, . . . that would be fraud!”

“I don't understand you, Sir,” the man said.

Then Amang explained, “I do not know how Jesus Christ looks like! I have not seen him! In order for me to carve his image, I have to see him.”

So, the guest left and days and months passed. One day, Amang sent someone at his studio to fetch the man who wanted a bust of Jesus Christ made for him.

When the man arrived and entered Amang’s studio, he saw the bust of Jesus Christ laid on a table.

“How in the world!?” the man wondered.

On his own account, Amang told how the desire to see the face of Jesus Christ became so strong, that one day, a strange, miraculous, spiritual moment took place. He was busy working in his studio when he heard a knock on the door. When Amang opened the door, he saw Jesus Christ who said, “Look at my face. Now, you can make the bust.”

​Urban legend or true story, not fact-checked, Amang sculpted a masterpiece that resembled the face of Jesus Christ, a sculpture wrapped in mystery.