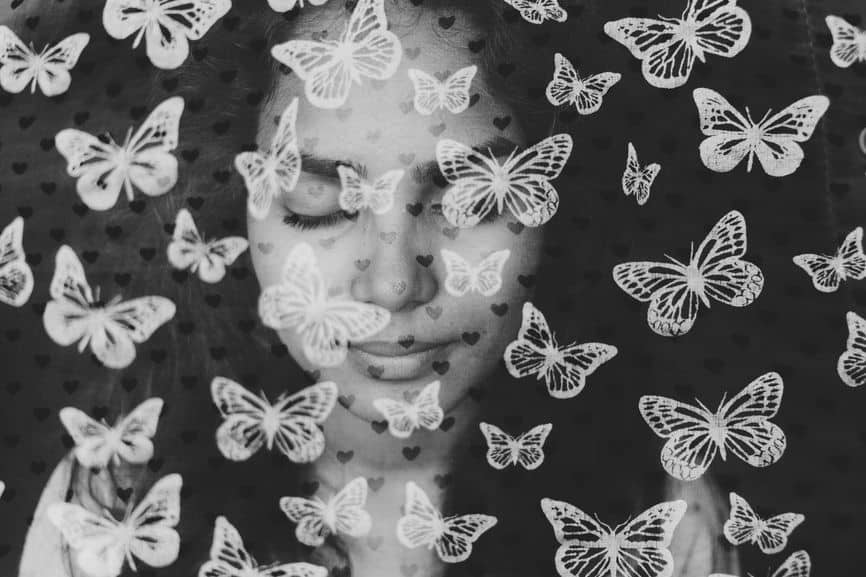 It is very tragic for parents to be preceded in death by their children. It is presumed and it is commonplace that the parents, by sheer factor of age, will go first.

Once in a rare time, though, accidents or sickness happen; crimes and wars, happen. These happenings can end the life of anyone, young and old.

Such was the fate of the couple Ivan and Dolores, and their daughter, Mercedes. Mercedes was a 40-year old unmarried woman. She worked in the bank and had an above-average income. Her co-workers and friends loved her for her liveliness and kind-heartedness.

She was always up-and-about, cheerful, loved giving jokes and making people feel comfortable and happy. She was out-going; often went out with friends to dine and dance. A fulfilling professional and social life she had.

For some unknown reason, she did not have a serious relationship with any man or woman. On top of her good qualities as a person, Mercedes was an attractive woman. If she remained single, it was, perhaps, because of her love to be independent, a free spirit. It was unusual, compared to other women of her age and status, that she was single and lived in with her parents. But that was the case.

Her parents, in their 70s, took care of her needs at home. The concern for each other was reciprocal for she took good care of her parents, too. She drove for them and shopped supplies for them. She did not have to give financial support because the parents were well off. What she earned she saved in the bank. She was very good with her money.

One morning, Mercedes asked her parents to take her to the hospital. She was not feeling well. They called 911 and an ambulance came down to pick her up.

She assured her parents that nothing much was going on. She came home from the hospital, went to work, and so, life went on as before. After a month, she became ill again. She was brought to the hospital and this time she was confined.

A year ago, Mercedes was diagnosed as having cancer. The doctor recommended an aggressive treatment, but she refused. She dreaded going through chemotherapy and surgery. She believed that her condition was irreversible and to suffer from the pains, discomfort, and toll on the body brought about by chemotherapy and radiation, was unwarranted. She kept secret her condition from her parents. She did not want to see them become sad and devastated because of her sickness.

One other emergency run to the hospital was the final one. She was dying. The parents asked Mercedes’ siblings to come to the hospital immediately; they came from different parts of the country. Gathered as a family, everyone took a turn in outpouring love and concern for Mercedes.

An uncle, when it was his turn to talk to Mercedes, told her, “I’m going to recite a short prayer. Say this prayer whenever you need to; it will heal you and give you comfort.”

Matter-of-factly, Mercedes said, “Uncle, I’m not going to heal. I know this is it.”

The uncle followed up, “It does not matter. If not your body, the prayer will heal your spirit and you will have comfort on the coming journey.”

She was strong and brave regardless of her condition. She knew she was dying. But she never shed a tear nor showed any sign of agonizing. Up to the end, her concern was to not bring sadness and despair to her parents. The doctor gave her morphine intravenously and she went away slowly and peacefully.

She was given a beautiful memorial and interment. Thereafter, the grieving parents came to the park every Friday. It was there that they interred the remains of their daughter.

It was a beautiful day at the park. The weather was toasty. The sky was clear. And the trees and flowers were blooming in inspiring colors.

From a distance the parents saw a middle-aged woman walking toward them. People who came to the park to visit usually came in cars. This woman was walking and the parents did not get to see whether she came from the gates or from the far end of the park.

It turned out her object was to meet and talk to the parents. She began, “My name is Maria Luna. I’m a diviner, a whisperer.”

The parents looked at each other with expressions of wonder. Ivan replied, “I’m sorry. What’s a diviner, a whisperer?”

“I communicate with the dead. I can summon the spirit to appear before relatives.”

“Do you want to see your daughter once again?”

“You’re hurting us this way, whoever you are!” Dolores exclaimed.

“My purpose is to show you that your daughter is all right and she’s happy where she is. I’m sorry to hurt you; my purpose is to lessen your grief, not to add to it,” the stranger said. And she started to leave.

Ivan called her back and said. “If this is not a kind of scam, I’m for it.”

The woman pointed her finger to the horizon. “Look over there,” she said.

The parents saw their Mercedes in the field amidst the trees. There was a certain glow around her. She was wearing her favorite pink dress. She was happy and looked like chasing and playing with a butterfly. Her golden hair was being blown by the wind and her feet seemed to bounce off the grass.

The parents had mixed emotions about what they saw. It was gladdening to see that Mercedes was happy and still bursting with energy; however, it was saddening to think that they could not have her back.

“You see her, but you cannot touch her. You cannot talk to her,” the woman explained.

“But watch, she will wave her hand to acknowledge that she knows you are here.”

The parents waved back and then she faded away.

Then the woman asked to be excused. She needed to go.

Ivan asked her, “Where do we look for you?”

The woman said, “You can find me at the St. Ignatius Church in the City of Loyola.”

Ivan and Dolores could not believe what they had experienced. They wanted to believe that the experience was real; but at the same time, they entertained the doubt that perhaps they were just hallucinating. Perhaps, it was just a trick. Maybe the woman was just some kind of a hypnotist.

To find out the truth, they sought to find Maria Luna and talk to her again. One day, they went to the St. Ignatius Church in the City of Loyola.

They were met at the church by a young man, he was the church’s porter.
​
“Very well, let me take you to Maria Luna,” the young man said.

​He led them to the basement of the church where the crypts were. Then he showed the couple one particular crypt. The inscription on the crypt read: “Maria Luna March 15, 1947 – September 1, 1987”

Dolores gasped in disbelief, “Oh, my God. She had been dead for thirty-one years!”